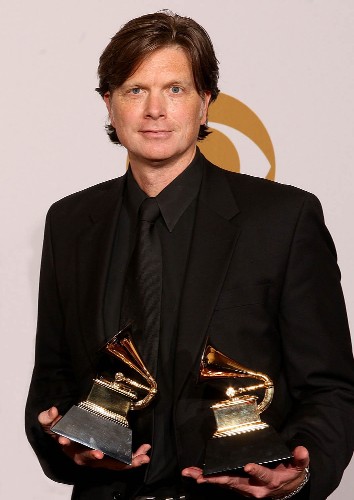 GLOUCESTERSHIRE, ENGLAND – MARCH 2009: As of February 8, 2009, Fred Vogler became a multi-Grammy award-winning recording engineer and producer. With one Grammy earned in 2007, the audio veteran added two more Grammys to his list for his role as audio producer of the Los Angeles Opera’s rendering of Kurt Weill’s “Rise and Fall of the City of Mahagonny.” The stereo recording, originally conceived and ultimately realized as a 5.1 DVD release for PBS’s Great Performances series and released on the Euroarts label, earned Grammys for both Best Classical Album and Best Opera Recording. Vogler relied on a pair of ATC SCM50A reference monitors in the acoustically-compromised control room at the opera house and a 5.1 array of ATC SCM150A and SCM50As at his mix room to create the winning recording.

Los Angeles Opera music director James Conlon conducted the performance, which starred Patti LuPone, Audra McDonald and Anthony Dean Griffey. “The awards are pretty unexpected,” said Vogler. “It takes a lot of human involvement to make an opera production successful. It’s hard to predict how it will all shake out, but real exciting when it comes together. On top of that, to have the acknowledgement of two Grammy wins… it’s just not the sort of thing you really set out to do!”

The Los Angeles Opera performs at the Dorothy Chandler Pavilion, which was built in the early 1960s as part of the immense Los Angeles Music Center. In Vogler’s opinion, the hall works well for Opera and produces a surprisingly good balance between vocalists and instrumentalists.

He uses a pair of ATC SCM50A monitors in that control room to help overcome some of its acoustical deficiencies. “Even in a compromised environment, I can trust the ATCs to get a good balance without suffocating myself in headphones,” comments Vogler. He also keeps SCM50As at the control room in the adjacent Walt Disney Concert Hall and in his home. His studio monitoring is handled by an LCR array of ATC SCM150As with either SCM50As or SCM20As for the surround channels. He has come to trust them completely.

The most recent Grammy wins are all the more amazing given some of the constraints that Vogler had to work with for the visual component of “The Rise and Fall of the City of Mahagonny.” He captured all of the vocals with wireless lavaliers and relied on his ATCs to catch any failing mics before they became a problem. “ATC monitors triumph in mid-range frequencies, from around 300Hz to 2kHz,” he said. “Wireless mics can get squirrelly. With the ATCs, I was fast to catch even the faintest buzzing or glitching and isolate its source before the performer walked offstage. Then I informed the folks at stage level so that they could switch it out as soon as possible. With a lesser quality speaker, those things might have gotten by me entirely, or the problem mic might have walked offstage before I could identify it.”

Vogler mixed both the 5.1 DVD and stereo CD versions of the opera at his studio in the Colburn School of the Performing Arts, where he serves as resident audio consultant. “I love mixing in 5.1, it’s a real hoot,” he said. “I wish consumers were more excited about 5.1 audio releases. But I suppose it’s hard to make a 5.1 presentation for the iPod.”