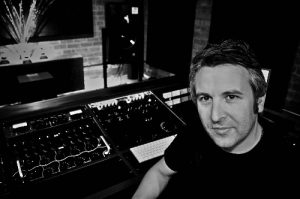 LOS ANGELES, CALIFORNIA – APRIL 2010: In addition to winning Oscars at this year’s Academy Award show, the score for the Pixar animated feature Up and the theme song from Crazy Heart have something else in common. Three-time Grammy-winning mastering engineer Gavin Lurssen added the finishing touches to both pieces at Hollywood-based Lurssen Mastering using a system consisting of three-way active ATC SCM150ASL monitors. Michael Giacchino (The Incredibles, Ratatouille) composed the score for Up, and T-Bone Burnett together with rising country star Ryan Bingham, wrote “The Weary Kind” – the theme song from Crazy Heart.

Lurssen explained the philosophy that guides his work, “A great piece of music never gives you the impression that someone sat down to write it. It is as if it always existed. A great recording is the same way. I strive to send projects out of Lurssen Mastering that sound like no one was there twiddling knobs. I strive to make it sound as if the music simply exists in and of itself without any kind of veil between the music and the listener.”

Lurssen’s ATC monitors play an integral role in making good on this ideal. “I need the resolution of my ATCs to make sure that I am in fact eliminating that veil,” he said. “Or in the case of Up and ‘The Weary Kind,’ which were recorded by some of the best engineers in industry using top flight equipment, I need to make sure I am not introducing that veil. It’s a big responsibility. Those recordings need to leave my studio with a sound that is organic and alive and fills up the room.”

Lurssen is well known among insiders for his esoteric and unusually extensive analog signal chain composed of gear from a “best of” list of well-known and lesser-known analog manufacturers, in addition to several custom pieces. “Instead of a lot of one thing, I like a little bit of many things,” said Lurssen, whose signal chain contains several EQs and several compressors. “That allows me to find the true magic in a piece of equipment without overloading on it. Everything integrates to create one balance.”

Another aspect of Lurssen’s style differs from that of many in the industry. He also monitors loudly for short periods to take advantage of the ear’s natural compression, which only kicks in at higher SPLs. That counteracts what he perceives as a tendency to over-compress projects when one monitors is at lower volumes so that the finished product has an ideal degree of dynamic life that, at the same time, doesn’t threaten to send quieter moments into oblivion.

“Out of all the speakers I’ve tried, I’m sold on the ATCs,” said Lurssen. “Most importantly, they give me the truth so that I can ensure that no veil exists between the music and the listener. They are subtle enough to allow me to hear even the smallest application of processing so that I am not in danger of over-processing. Lastly, they are non-fatiguing, so that I can work long hours without fading.”