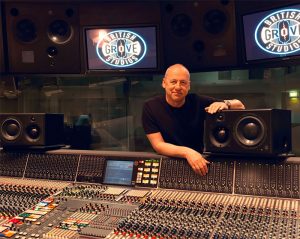 British Grove Studios, Chiswick, London have added to their already envious selection of ATC studio monitors with two pairs of ATC’s new SCM25A loudspeakers. With five of ATC largest monitors, the SCM300ASL, already installed in both control rooms 1 and 2, and a wide selection of other monitoring options, the studio was hardly short. However owner, Mark Knopfler, studio manager David Stewart and the rest of the staff all believed the ATC SCM25A to be a must have loudspeaker. This has been reinforced by many of the engineers and producers working in the studio and the monitors have quickly become a favorite on the majority of sessions