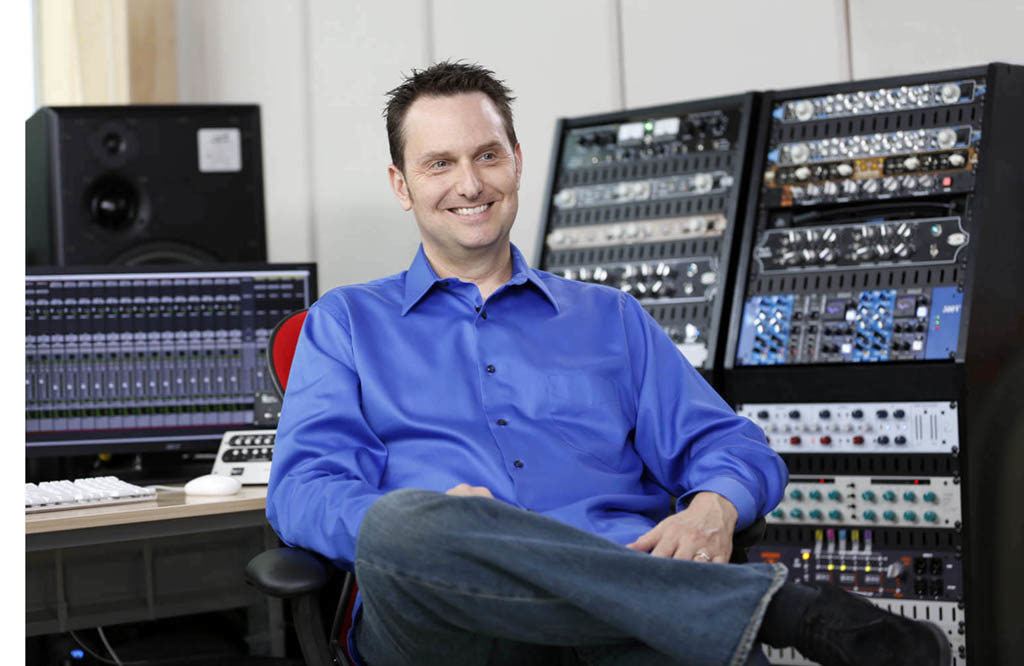 Rodd had to bring all of his skills to bear, along with the fatigue-free and translation-assured performance of his LCR set of ATC SCM150ASL three-way monitors, to mix composer Michael Abels’ eclectic film score for the hit social thriller Get Out and composer Penka Kouneva’s inspiring score for NASA’s unique Heroes and Legends 4-D experience at the Kennedy Space Center.

Working with Abels was a great experience for Rodd. He noted that “Michael’s score covered a ton of ground – live orchestra, Swahili group vocals, diverse percussion, solo cello, harp, and unique synth sounds. It’s really far from a traditional thriller score, and Michael deserves all the praise he’s received for writing something that works so well with the movie.” But working with a new film director meant working within budgetary constraints. This meant a very tight schedule to mix the movie’s 45 eclectic score cues. Rodd had to deliver ten separate 5.1 score stem mixes, the full 5.1 score mix, and a stereo fold-down for the soundtrack album, thus delivering a 68 audio track wide score mix for every piece of music!

“I’ve had the privilege of recording and mixing music all over the world at some of the greatest studios on their high-end monitoring systems,” Rodd said. “Given that perspective, I’m grateful to have the brutal honesty of the ATC monitors at my own studio, Clearstory Sound. They have tremendous definition and clarity across the entire range, and they really allow me to hear what’s going on so that I can make sure no elements are masking other important elements. My goal is to give each instrument its own sonic space in terms of frequency, panning, fader moves, and overall placement, while having them all work together at the same time. If something is harsh or woofy or boxy, I know it right away. I’m not second-guessing, ever. The ATCs allow me to work very quickly and confidently, which was a huge asset given the time constraints for Get Out.

Those long days held the potential for ear fatigue, but Rodd claims the ATCs protect him from that pitfall as well: “It seems like a lot of other loudspeaker manufacturers turn up the brightness to give you detail, and I think that can get fatiguing. The ATCs, however, give me tons of detail without the top-end hype, which allows me to put in really long days of consistently solid work.” When mixing 5.1, Rodd uses his three ATC SCM150ASLs for a left-center-right system together with a revolving cast of surround speakers depending on the nature of the project.

Rodd’s other recent project, Penka Kouneva’s score for the Heroes and Legends 4-D experience at NASA’s Kennedy Space Center, offered up a different sort of challenge than the traditional film score. The experience takes visitors through the history of the space program in a way that captures and conveys the excitement and emotion of that history. In addition to the immersive visuals on giant, curved screens and audio that can literally shake visitors to their core, the experience includes holograms, wind effects, scent effects, and other surprising 4-D elements spread across numerous theaters.

For Rodd, “It was a very complex mix due to the elaborate nature of Penka’s awesome hybrid score. It used a massive live orchestra along with many live solos, tons of synths, guitars, percussion, pads, arpeggiators, drums, and sub-bass musical effects. She really captured the spirit of the experience and gave it a timeless yet modern theatrical feel. I leaned heavily on my ATCs to let me know when things were right. I knew that if my mix sounded fantastic on the ATCs, it would sound the same in NASA’s theaters.”